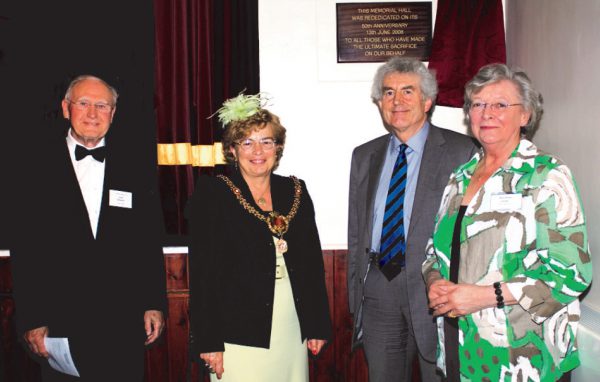 To celebrate its 50th Anniversary, the Memorial Hall and Community Association held a service of rededication on Friday 13th June 2008.   A commemorative plaque was unveiled by Rt. Hon. Rhodri Morgan, First Minister of the Welsh Assembly Government, assisted by the Rt. Hon Kate Lloyd, the Lord Mayor of the City and County of Cardiff.