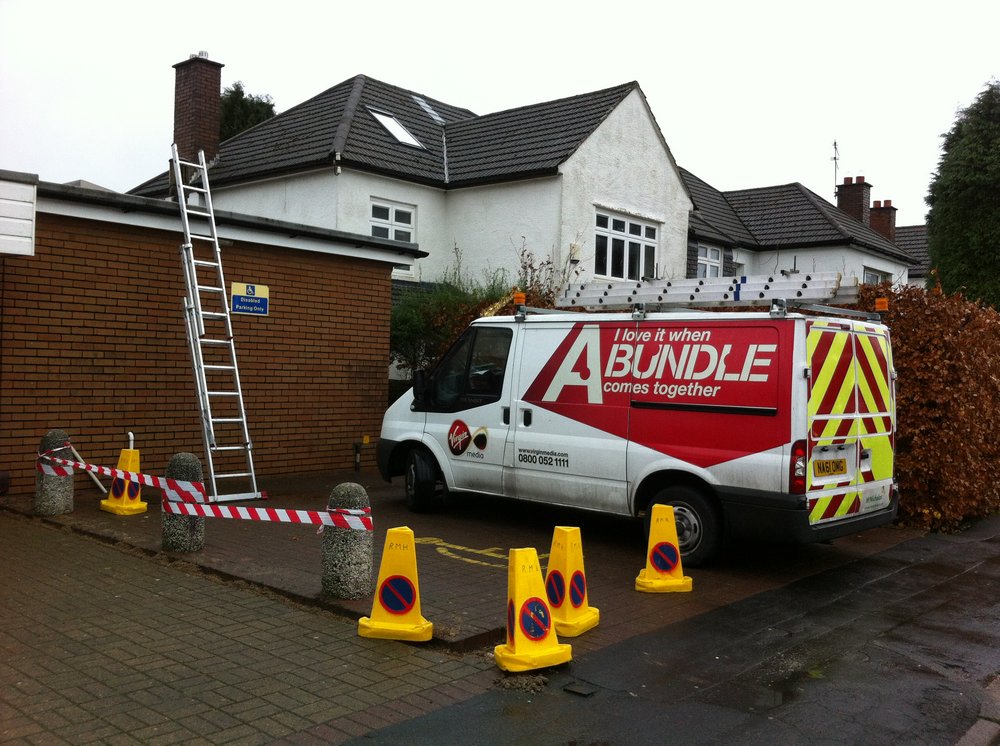 Virginmedia arrived on time, and set to work. They explained that we’d have to lift a line of pavers between the access point on the pavement and the building.

They showed us the access point, which appeared to be empty. “Where’s the cable?”, we asked. “Oh dear, it’s not there”, they said. 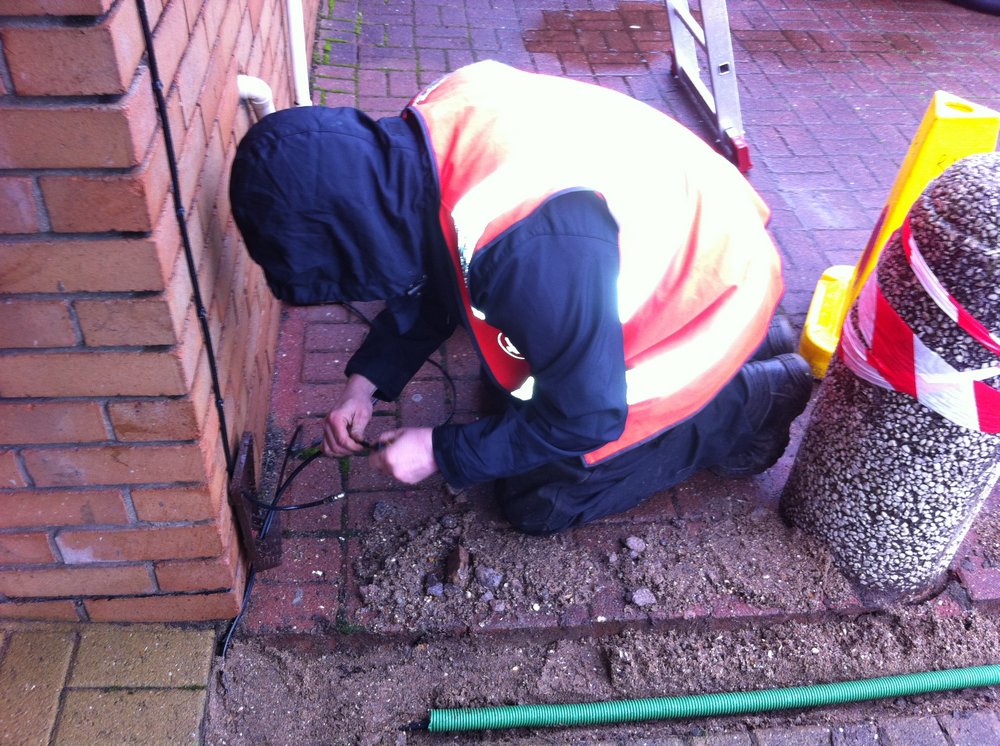 They called out Team B, who arrived with a big reel of cable.
While Team B hauled underground cable all the way from Lon Isa, Team A installed the overground cable and the Wifi hub. 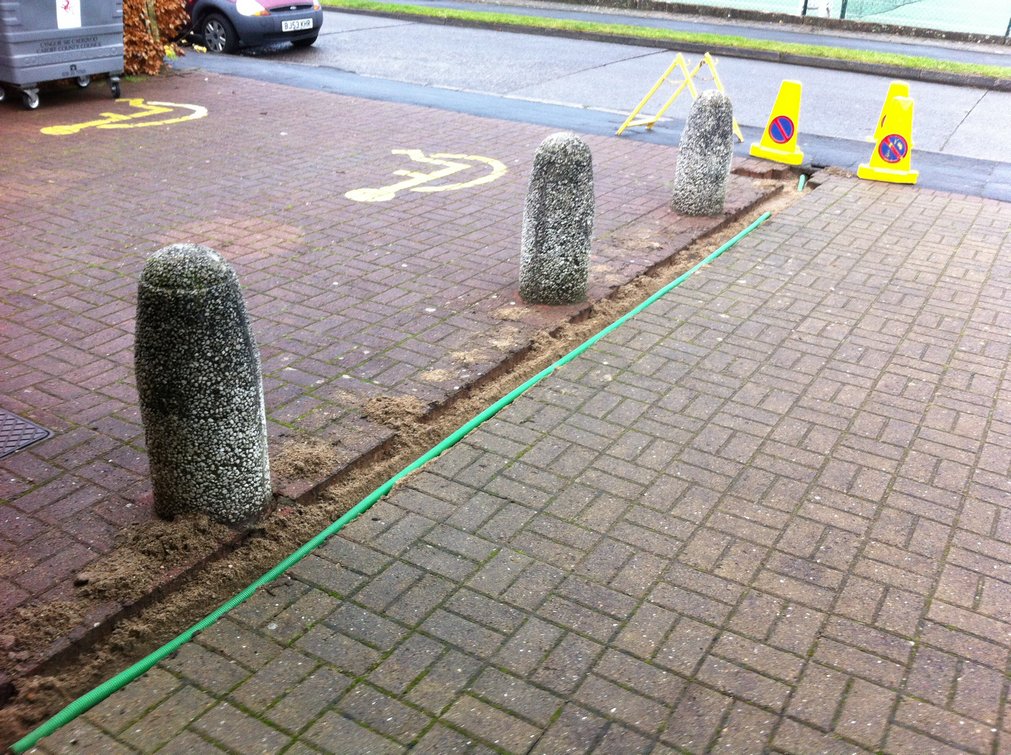 Chris and Francis slogged away, prising up pavers and stacking them securely. Meanwhile Virginmedia laid the green trunking for the underground cable. It all took a few hours but we now have a broadband Wifi service which covers the whole of the Memorial Hall.

There’s a bit left to do, such as replacing the pavers, and putting in a permanent power supply to the hub and this will be done as soon as possible.